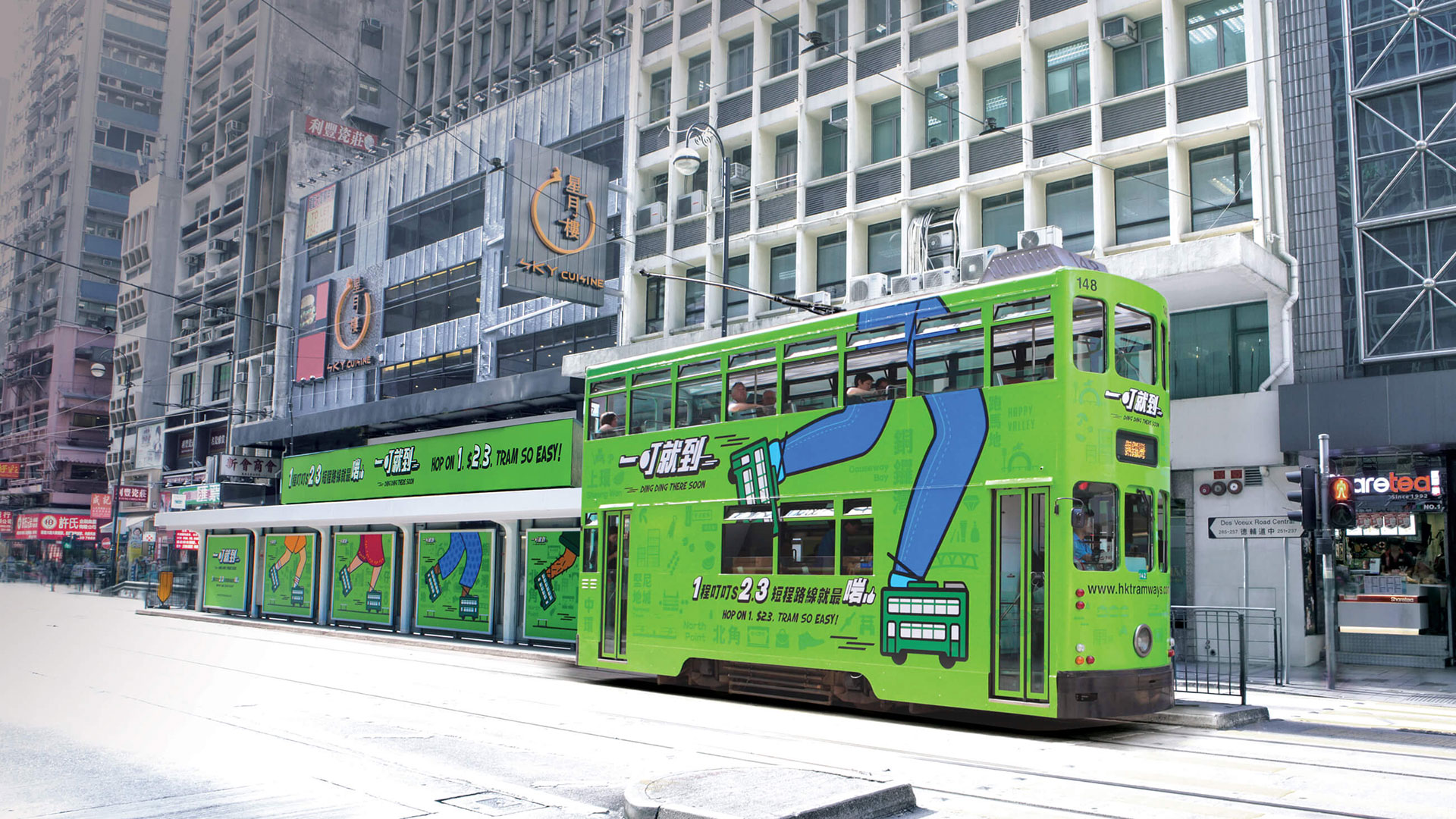 HK Tramways appointed Stepworks as creative partner for a series of initiatives intended to revitalise the iconic transit operator’s brand.

Faced with decreasing passenger numbers due to competition from the opening of a new subway line, the initial brief involved advertising to highlight the value of the trams for short hops.

Stepworks developed striking creative depicting cartoon legs with trams strapped to their feet. This created the amusing and memorable illusion of giant people skating down the tram track. The campaign took on a life of its own when tram fans applied the visual to their “support the trams” campaign.

Increased journeys – Passenger journeys increased by a substantial 5% after the campaign ran thanks to increased awareness, coupled with other factors, including improved scheduling.

Increased brand equity – The striking graphics on the trams received a very positive response from audiences and generated additional revenue through collectables merchandising.

Viral digital – Tram fans appropriated the campaign images to protest a suggestion to cut tramway services. The images went viral, first in social media, which was then picked up by mainstream media.

Change facilitator – The success of the campaign enabled Tramways management to demonstrate the value of personality in branding. This helped pave the way for a commitment to rebrand the entire service.

“Thank you Stepworks for going the extra mile. You delivered a very successful and memorable campaign, the best we’ve had in the last 20 years. Our shared enthusiasm for the trams will no doubt cement our collaboration to protect and progress this beloved icon.”