Japanese brand General was among the first to bring air-conditioners to Hong Kong homes. Over the decades, the brand’s distributor, Alpha Appliances, built strong loyalty for General.

To learn how to appeal more strongly with Hong Kongers, the brand development project began with extensive market research.

After discovering what customers really wanted, the brand was relaunched with a refreshed logo and more relatable story.

Greater relevance – The new approach spoke directly to the needs of local audiences and positioned the brand as the right choice for them.

Stronger impact – Simplifying and updating the brand’s look and feel gave General a much stronger presence in the market at every touchpoint.

Long-term effectiveness – The creative platform that emerged from the branding initiative led to a campaign that continues to build sales.

A new brand-centric website was developed for General air-conditioners in Hong Kong, which was previously housed in a section of the distributor’s site.

Designed as the home of the General air-conditioner brand in Hong Kong, the website included content useful to anyone seeking facts about cooling their space in the city. A custom-built content management system allows the General team to frequently update the site.

The General/Stepworks partnership has also resulted in a social media presence and online advertising.

The breed was chosen because a very furry dog needs extra air-conditioning to stay cool in Hong Kong.

An effective attention grabber, the dog built a tangible association with General machines’ ability to cool a room down fast.

Ah Bo has appeared in numerous campaigns since the launch. Accompanied by various co-stars, he regularly shows up on TV, print, outdoor and online.

Changed perceptions – Following the brand revitalisation, positive sentiment grew by 23% among the audience exposed to it.

Owned IP – By creating its own character rather than hiring a celebrity, Alpha Appliances retained full control over the brand personality. 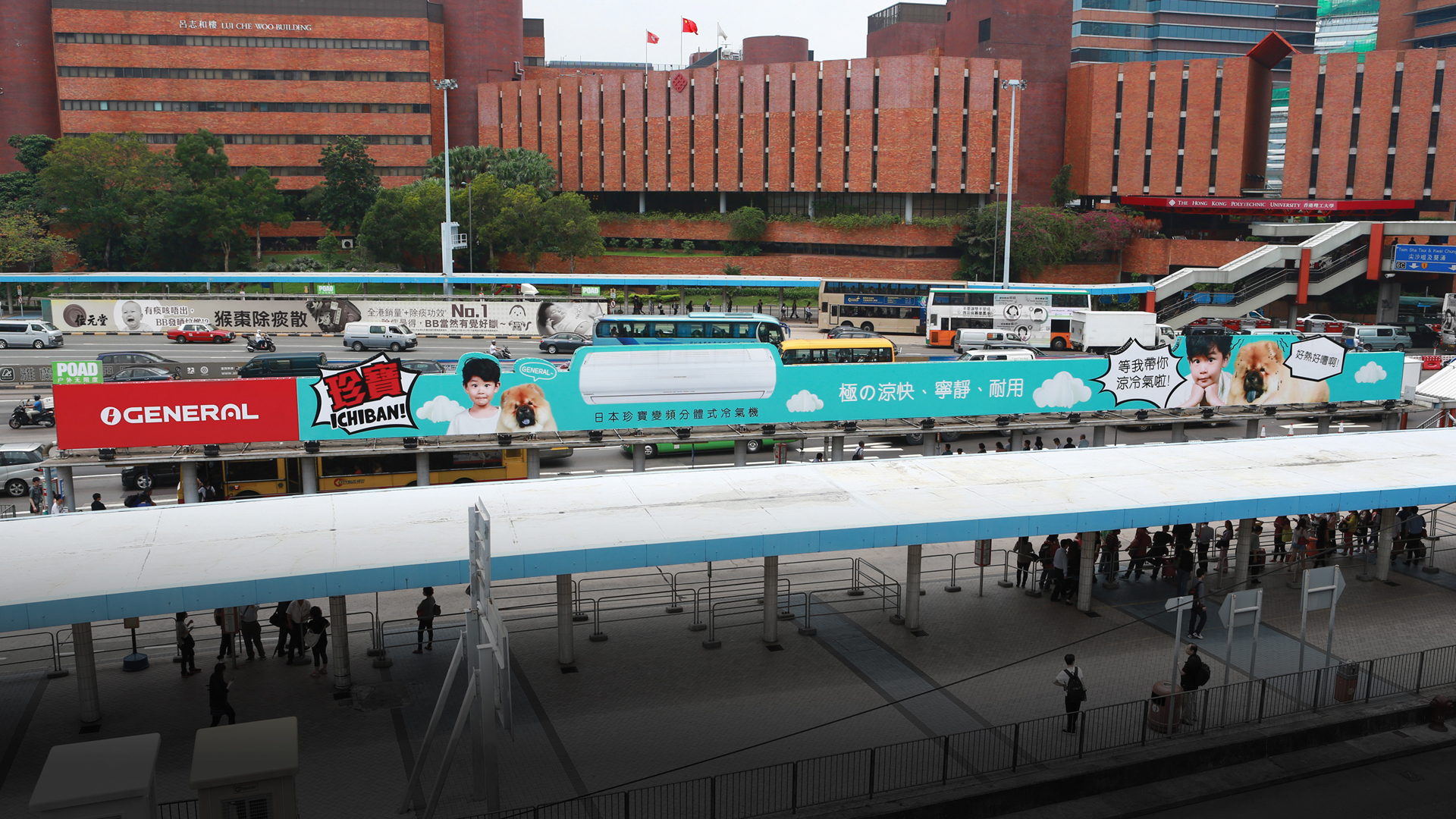 “Over the years the Stepworks team has become an invaluable partner to us. We know we can rely on them to give us their best. I would definitely recommend them to anyone who’s looking for a creative partner.”